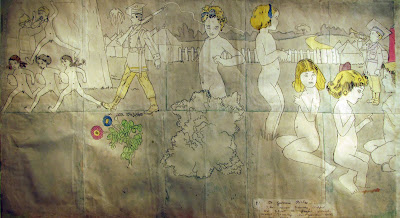 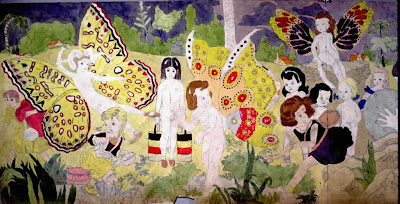 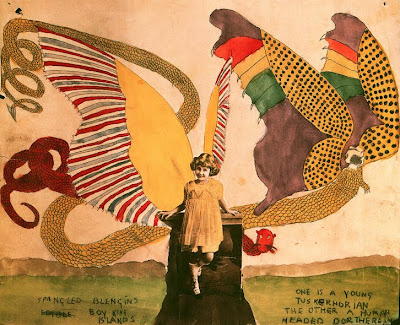 Henry Darger’s father died when he was very young. Henry Darger was placed in a Catholic boys home, but unfortunately was institutionalized soon after. The doctor categorized Darger as feeble minded. Many of the children in the institution were abused, Darger escaped one year before the establishment was closed down for an outstanding record of child abuse. Darger moved into an apartment property owned by a photographer Nathan Lerner. He worked as a janitor at a local Catholic hospital for over 50 years before dying. The day before Darger’s death Nathan Lerner discovered all of Darger’s writings and paintings locked up in his apartment. Henry Darger is known as an important figure, and his work is categorized as outsider art. He was not classically trained in painting or writing, yet he produced a mass of beautifully rendered paintings of children revolting against adults. Darger also produced numerous literary writings, his most famous being The Realms of the Unreal, a story about the earth that rotates another planet and battles between the two planets. A group called the Glandelinians enslave children and treat them in barbaric ways; Another nation led by the seven Vivian sisters fighting against the enslavement. Amazing story!!!!!