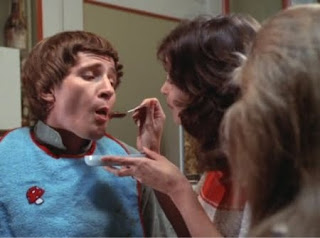 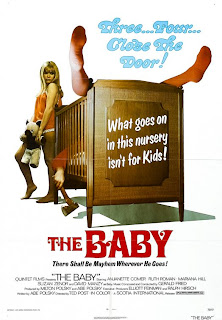 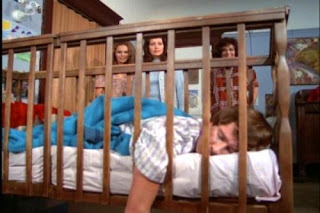 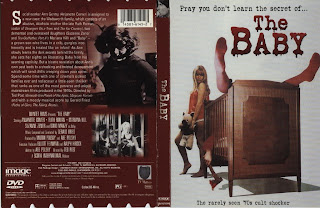 Horror-film aficionado Trenton Doyle Hancock has selected cult favorites The Beyond, The Baby and The Driller Killer to screen on Whenever Wednesdays in May and June at dusk, following the lecture or performance. This summer, Whenever Wednesdays are all double features!

This darkly funny yet macabre film has been called "one of the weirdest movies to grace the silver screen." A social worker must determine whether the son in her odd new case study, a grown man who wears a diaper, gurgles and crawls around in a playpen, is mentally unsound, or if there are more sinister reasons for his underdevelopment. A disturbing journey into psychological abuse and male fear, with an unexpected, twisted finale.

If ever there was a great late night cult movie it’s The Baby, this bizarre tale is one of the most pleasingly strange films I’ve ever had the satisfaction of catching. Ann Gentry (Anjanette Comer) is a social worker investigating the Wandsworth family; Mrs. Wandswoth (Ruth Roman), her two daughters Germaine and Alba (Marianna Hill and Suzanne Zenor) and son Baby (David Mooney). Recently widowed Ann is rightly concerned about the situation at the Wandsworths being as Baby is in fact a 21 year-old grown man dressed, treated and kept as a baby. Well-meaning Ann finds intervention difficult to say the least with the hostile matriarch and her wilful daughters and turns to her mother-in-law for support in the case. The strong female-led cast really makes this film as the women are not just strong, but beautiful, strange, cunning and manipulative, with funky fashions to boot. Unnerving in many ways, this film works very nicely on the fear of other peoples domesticity, weaved around a truly unique take on maternal horrors. With an amazing twist ending, there’s really not much more you could ask for in a late night TV treat.