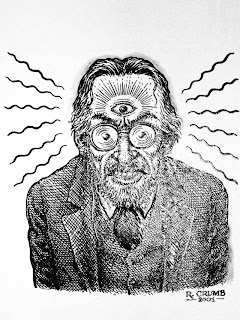 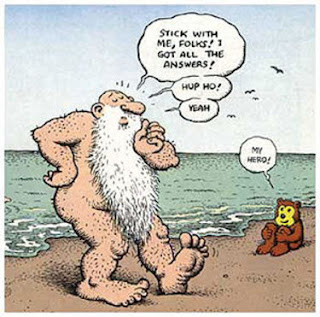 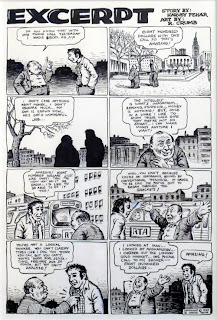 Robert Crumb was a founder of the underground comix movement and is regarded as its most prominent figure. Though one of the most celebrated of comic book artists, Crumb's entire career has unfolded outside the mainstream comic book publishing industry. One of his most recognized works is the "Keep on Truckin'" comic, which became a widely distributed fixture of pop culture in the 1970s. Others are the characters Devil Girl, Fritz the Cat, and Mr. Natural.
n 2009, he published his illustrated graphic novel version of the Book of Genesis.[8][9][10] The book includes annotations explaining his reactions to Biblical stories. It was reported onNPR in October 2009, that it was a four-year effort and does not rewrite any part of the text. Crumb did extensive research in the earlier language versions of the text to support the interpretations. It contains all 50 chapters of Genesis and comes with a warning on its cover: "Adult Supervision Recommended for Minors."
He was inducted into the comic book industry's Will Eisner Comic Book Hall of Fame in 1991.
He has a unique style that one critic has described as "not knowing if he was old drawing young, or young drawing old." Another thing I found interested was that he cited LSD use as a contributing factor to his style. He is hailed as a genius by some comic book talents. He also collaborates with his wife at times.
His use of biblical stories and his interpretation reminded me of Trenton Doyle Hancock's mythical method of storytelling .

Posted by Daniela Hernandez at 7:50 AM